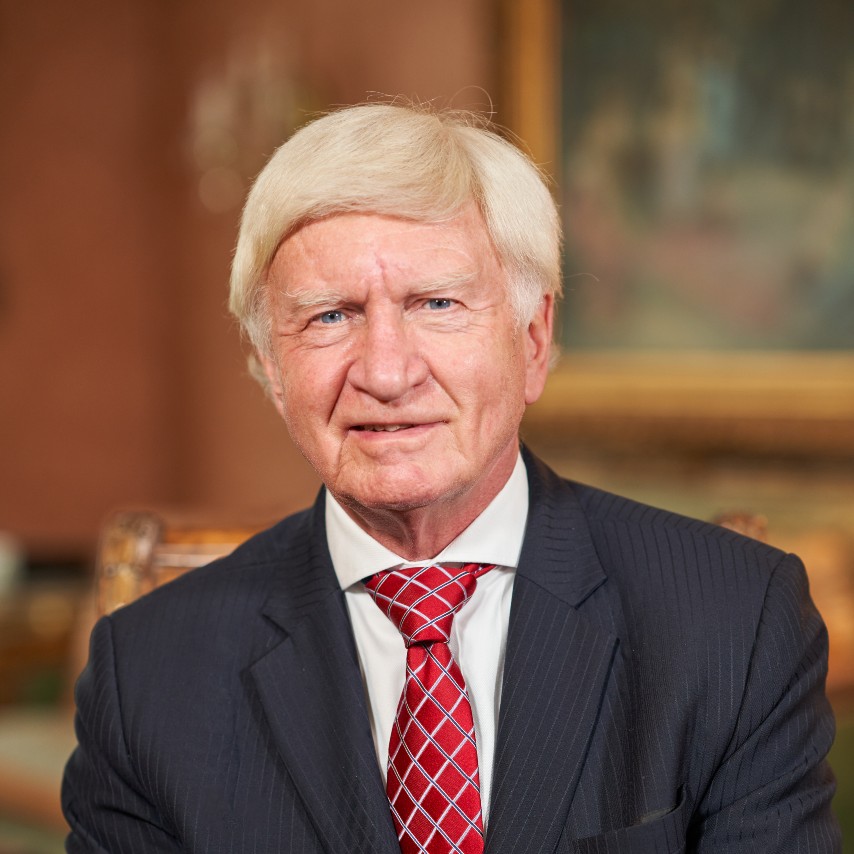 “I want to be active with the Association and do all I can to bring more scholarships to Canadian students.”

Walter Schroeder’s parents were immigrants from the Ukraine, where they lived in a German enclave while keeping their culture and heritage alive for more than a hundred years. During the Russian Revolution, both sides of his family escaped persecution by immigrating to Canada. When Walter was born in December 1941 in Winnipeg, Manitoba, his father was working as a caretaker of a private college and his mother cleaned houses for the rich people of Winnipeg.

Walter obtained a bachelor of commerce degree with honors from the University of Manitoba, and then achieved his MBA from McMaster University. He worked evenings until he was licensed as a certified public accountant (CPA) as well as a certified financial analyst (CFA).

In 1969, Walter’s first professional job was with Wood Gundy Ltd., the prominent Canadian investment bank at the time. He established and led the company’s credit analysis department. After several years, Walter, took his wife on a work trip to Montreal. On the way, with his wife taking notes as Walter drove, they developed a plan to open a rating agency in Canada. In 1976, they founded DBRS, with start-up capital of only a few thousand dollars. DBRS within a few years became a full- service credit rating agency, rating most Canadian and international companies operating in Canada for global markets, including banks and sovereigns. “I got in on the ground floor,” says Walter. “I ended up rating about 120 global world banks and built DBRS into the largest rating agency in Canada and the fourth largest in the world.” Nearly 40 years after founding the company, Walter was still the sole owner. In 2014, he sold DBRS to private equity, and he has moved on to a new career operating a family office in philanthropy.

Grateful for the quality education he received from Canada’s universities, Walter now helps deserving Canadian students on their quests for higher education. Winnipeg, Walter’s former hometown, has the largest Indigenous population of any major city in Canada. He has hired community service workers to help families, and he operates a school cafeteria, which provides subsidized and free breakfast and warm lunches to more than 200 students daily. Additionally, he is giving full scholarships to 40 students for four-year university degrees and another 40 ongoing scholarships to community college.

For Walter, his philanthropy has become his passion. “I like to fight for the underdog,” he says. “My wife was able to graduate high school because her principal gave her family encouragement and a small bursary to keep her in school one more year. That is why we are so passionate to help others with their education. It makes such a difference not only to the individuals you are helping, but also to the whole community.”

Honored and excited about his Horatio Alger Award, Walter says, “The scholarships that the Association is awarding fits with my philosophy of helping those who need it the most to gain an education. That is, I believe, where you make the biggest impact. I want to be active with the Association and do all I can to bring more scholarships to Canadian students. Helping poor and Indigenous families is my passion today, and I am honored to be in an organization that is doing so much to help so many.”