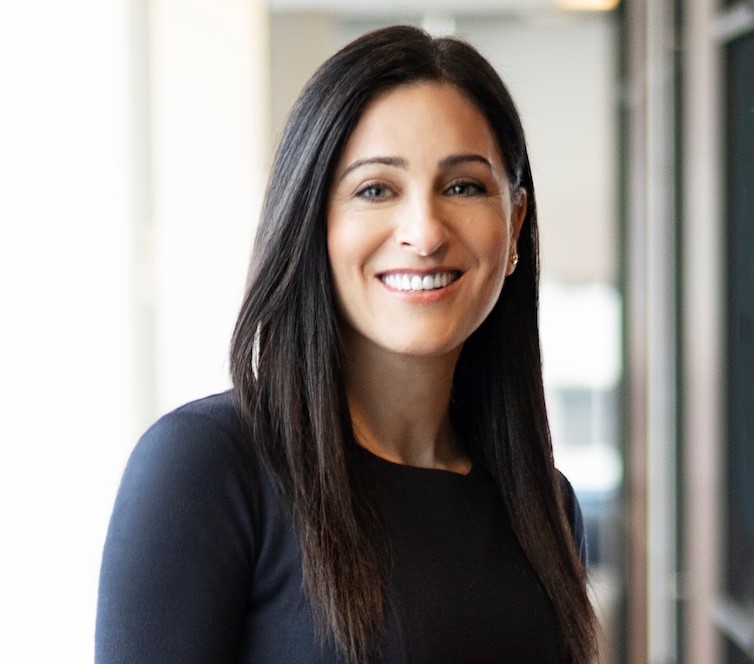 Rola Dagher, the second of six girls, was born in a small village in Lebanon in 1970—five years into the country’s 15-year civil war. When her town was attacked, Rola’s father packed the family into their Fiat and moved them to Beirut, where she and her sisters attended school.

Rola was an active, curious child. “I liked to challenge myself,” she says. “I would climb the lemon tree to see if I could pick the lemon from the top of the tree. For some reason, my father picked me to be the daughter who carried the most responsibility. I became a tomboy and I was often bullied by other boys in town. But when I came home crying about being bullied, my father told me I had to defend myself. From then on, when a boy pushed me, I pushed back.”

As the Lebanese civil war continued to escalate, Rola spent many hours in bomb shelters. “There were days when I never thought I would make it out of the bomb shelter. If we were in school when the bomb sirens sounded, it was my job to make sure all my sisters made it to the shelter. I was the one who went back to the house to make sure we had enough food and water in the shelter. I was not afraid of dying, but I was afraid of not gathering enough supplies or protecting my sisters.”

At the age of 15, Rola’s parents arranged for her to be married. She did not wish to marry, but felt it was her duty. Her anguish intensified when her parents and sisters immigrated to Canada. “The day they left was the worst day of my life,” she says. “I chased after their car until I could no longer see it. I felt so sad and alone.”

Rola gave birth to her daughter in a bomb shelter. When her baby was nine months old, they escaped the country in the trunk of a car. She made it to Cyprus, where she slept on the steps of the Canadian embassy until she was finally accepted for a flight to Toronto. Looking back on those harrowing days, Rola says, “I have always thought of myself as a strong person, but you never know how strong you are until strength is your only option. When I saw my parents at the Toronto airport, I had nothing but gratitude. I will always love Lebanon, but I am very grateful to Canada for giving me a chance at a new life.”

Career
Rola lived with her parents, who help her raise her daughter and son, who she had after reaching Canada. Later, after 20 years of marriage, Rola was finally able to secure a divorce from her husband. As the breadwinner of her little family, Rola was ambitious and determined to give her children a secure life, but she had not completed high school nor could she speak English. Her options were limited. She worked in retail for several years. Once she became fluent in English, she decided it was time to look for a desk job.

She began as a telemarketer at Bell Canada, selling long-distance minutes. “I was that annoying telemarketer who called at dinnertime,” she says. “But I didn’t let all the phone cut-off calls deter me from being successful.”

Rola began moving up the ranks, becoming an account manager and then a manager. She worked there for 15 years and was always the top salesperson in her section. Unfortunately, about this time she learned she had bladder cancer and, in a panic, she left her job. “I was the financial support in my family,” she says. “When I learned about my cancer, I felt I needed to get a better-paying job to give my children more stability. I had surgery to remove the tumor and, thankfully, I eventually recovered.”

Rola went to work for Dell EMC as an account manager. For the next five years, she found a mentor who helped her to leave her comfort zone as she explored her job opportunities. “I learned that comfort and growth cannot co-exist. I challenged myself and thrived in my career.”

In 2017, Rola was serving as Dell’s Vice President and General Manager of the Canadian Infrastructure business. The company is a top revenue producer globally and acts as a proving group for advanced and innovative technologies. “When the Cisco recruiter called to ask me to interview for the presidency, I told her she must have the wrong number,” says Rola. “Earlier I had applied to Cisco to be an account manager and didn’t even get an interview, so I couldn’t believe they wanted to talk with me about being their President.”

It turns out, the recruiter did have the correct number. After 17 interviews, Rola Dagher became Cisco’s President, in charge of sales operations, engineering, services, finance, and marketing. Under her leadership (2017-2020), the Canadian branch consistently ranked among Cisco’s top country revenue producers. Rola considers herself to be a servant leader—someone who inspires, encourages, and enables and then gets out of the way to let the individual soar. “I don’t believe in micromanagement,” she says. “Leadership is not about how many people like you and follow you; it’s about how many people you develop.”

Rola was named Woman of the Year in 2019 by Ottawa-based Women in Communications and Technology. In 2021, Forbes named Cisco as the top Best Employer.

Today, Rola is the Global Channel Chief at Dell Technologies. In recent years, she has been faced with a new challenge. She contracted Covid-19 in October 2020, which was the beginning of the pandemic. Unfortunately, she has not fully recovered and is experiencing long Covid. Her daily symptoms are debilitating. “My doctors told me how surprised they are that I survived. I was in the ICU many times. But Covid picked the wrong body to attack because I am a fighter. I have learned how to live with it. It’s very difficult, but I will not let it defeat me.”

What I’ve Learned
Looking back on her life, Rola realizes she has played many roles—daughter, sister, mother, leader, friend, and—maybe most importantly—survivor. “That is what got me to where I am today,” she says. “I am grateful everyday for who I am and what I stand for. I went from a bomb shelter to an honorary doctorate degree given to me by the largest university in Canada for the impact I’ve made. There are many points in my life when I could have given up, but for me, giving up has never been an option.”

Rola Dagher is a strong advocate of mental health for children. The traumas she experienced in her youth have had an effect, and so she wants to help others who struggle with mental health issues. “Once we get to the top,” she says, “sending the elevator back gown and lifting others with you is the biggest reward you can ever experience.”