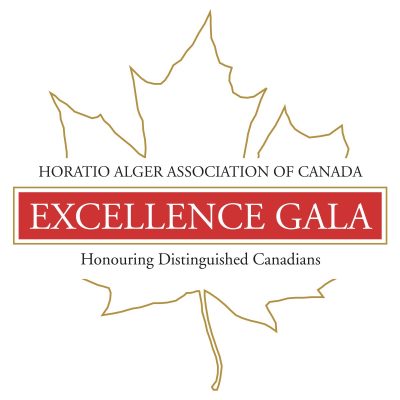 Board of
Directors
Our
Impact
Our
Sponsors
Sponsorship Opportunities

The Association’s third annual Excellence Gala took place on October 28, 2019 in Toronto, Ontario. At this event, we celebrated the accomplishments of fellow compatriots who are doing great things for our country.

Hosted by our Board of Directors, the Excellence Gala included a tribute to 2020 Horatio Alger Association of Canada Members, Christiane Germain, Co-President of Group Germain Hotels, and Walter Schroeder, Founder of DBRS Limited. Ben Mulroney served as Master of Ceremonies for this celebratory event and exclusive entertainment was provided by David Foster – Horatio Alger Member and award-winning musician, songwriter, composer, arranger, producer, and recording artist.

Thank you to all of our sponsors who made this great evening a success.