Who is Horatio Alger, Jr.? 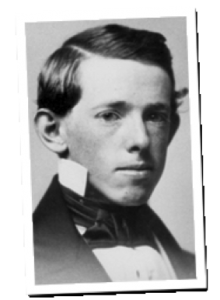 Horatio Alger, Jr., was a prolific author in the 19th and early 20th centuries whose books inspired readers to work hard and persevere through adversity. Alger’s books – 128 in all – recount how a “can-do spirit” and individual initiative can allow anyone to achieve their dreams, regardless of circumstances.

Alger modelled his books on the life he lived as a child in mid-19th century Massachusetts. The son of a poor pastor in rural New England, Alger was the eldest of five children. He suffered from severe asthma and was home schooled until the age of 10 by his father.

In 1848, at the age of 16, Alger was admitted to Harvard where he worked on the side in order to pay his way through college. Following graduation, he wanted to become a writer and was hired by a local paper.

However, Alger did not have success overnight.

At first, he was unable to support himself by writing and decided to become a teacher at a private boarding school for boys. He continued writing as he taught, and was paid $1 to $2 per column. Nonetheless, he was able to achieve some success and eventually published his first book, Bertha’s Christmas Vision, followed by Nothing to Do a year later.

Sales of Nothing to Do were disappointing and Alger decided to return Harvard to study theology. He continued to write during this time, but under a pen name. Following his studies he went to explore the European continent and wrote pieces about his travels, some of which were published.

This was when Alger turned his sights to children’s books. His first, Frank’s Campaign – a story about a boy who must work to pay the mortgage on his family’s farm while his father is off fighting in the U.S. Civil War – was published in 1864. It was a success. A second book, Paul Prescott’s Charge, followed in 1865.

The next year, Alger moved to New York City to pursue his writing career. It was there that Alger met the orphaned and homeless children on the streets – an unfortunate result of the American Civil War – that served as inspiration for his characters.

Alger wrote a total of 18 novels for youth between 1867 and 1873, the most famous being Ragged Dick. His storylines followed a similar path: a young boy living in poverty overcomes the odds by living an honest life and working hard. The villains in his books were often wealthy bankers, lawyers and country squires.

In his later years, Alger worked as a tutor, travelled, and wrote several more books, including biographical works on U.S. presidents. He retired permanently in 1896 to Nantick, Massachusetts, and died in 1899.

The Horatio Alger Association of Canada strives to promote the values exemplified in the books of Horatio Alger, Jr., and to honour those who have achieved success by adhering to them.