Sponsored by the Horatio Alger of Canada, Voices of Our Youth examined the attitudes, values, and perspectives of young Canadians on a variety of social issues. The survey was undertaken in partnership with The Centre for Educational Leadership and Policy Studies (CSELP) at Simon Fraser University and Nanos Research.

A press conference to present the research findings of Voices of Our Youth was held on September 18, 2018 at the National Arts Centre in Ottawa, ON. The conference included a student panel moderated by The Right Honourable David L. Johnston, 2018 Horatio Alger Member and 28th Governor General of Canada. 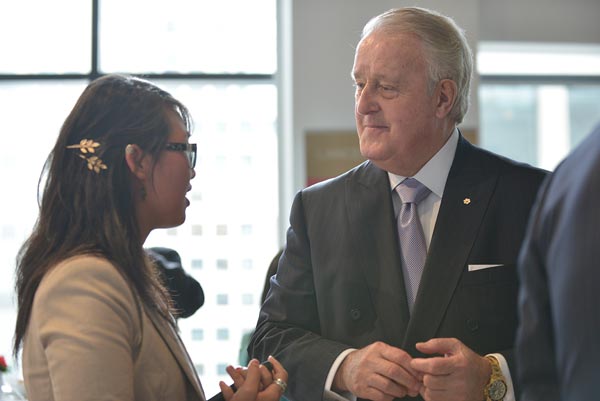 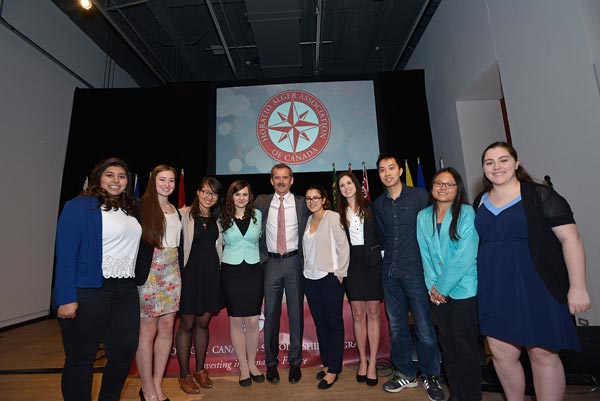 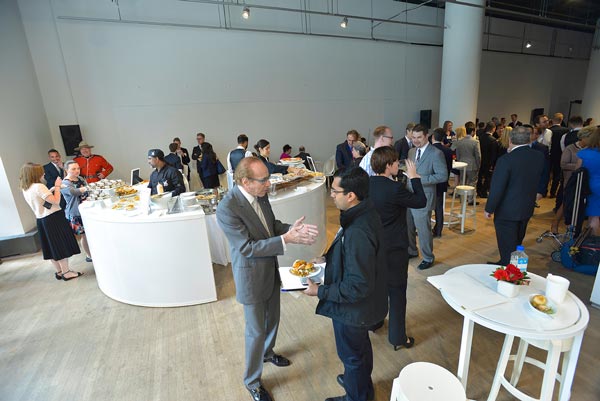 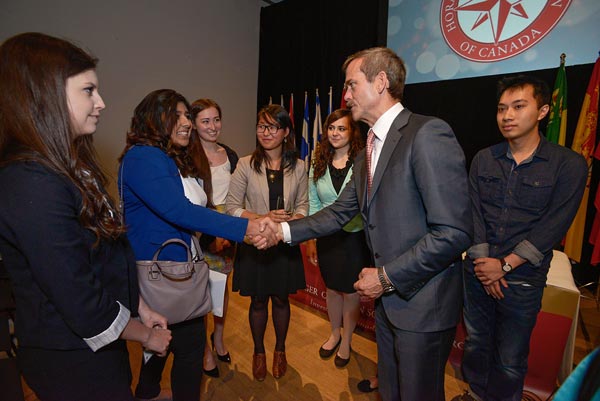 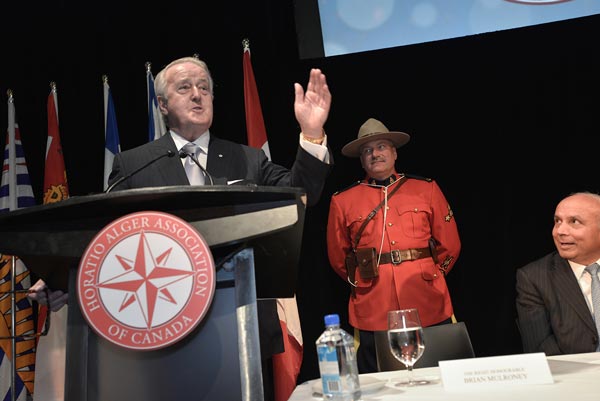 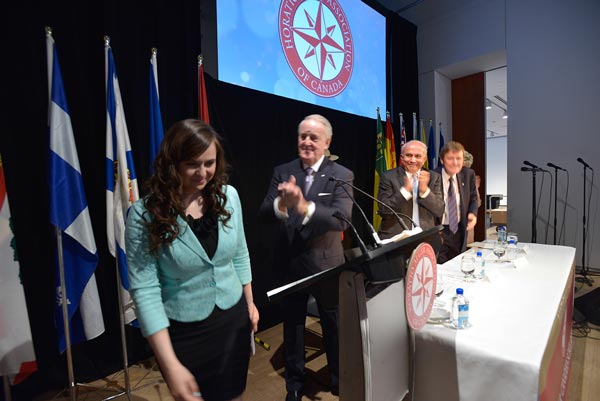 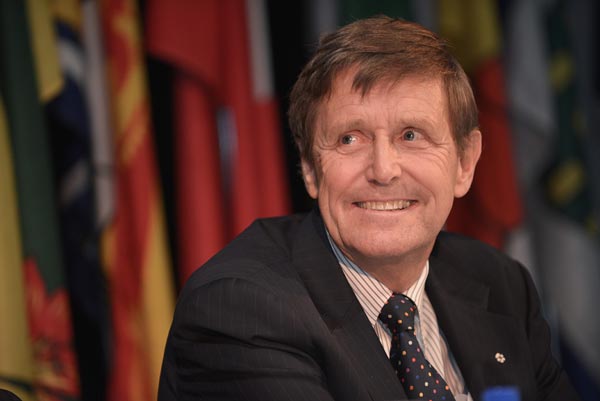 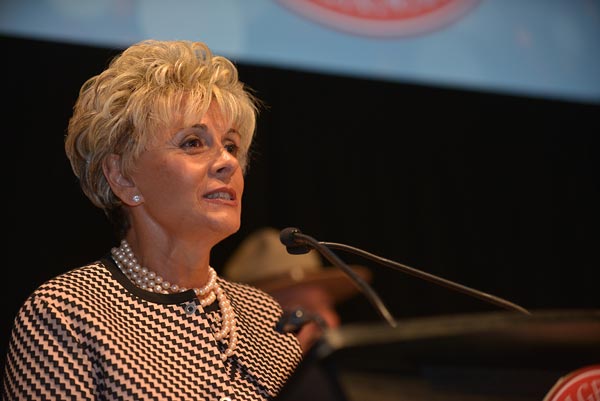 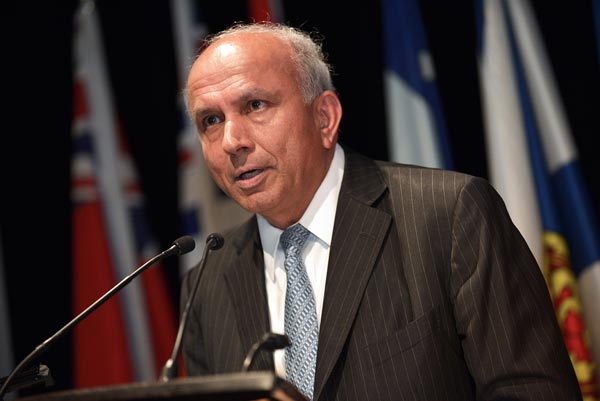 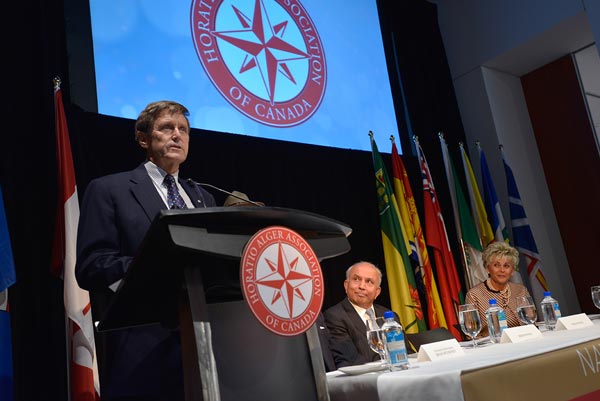 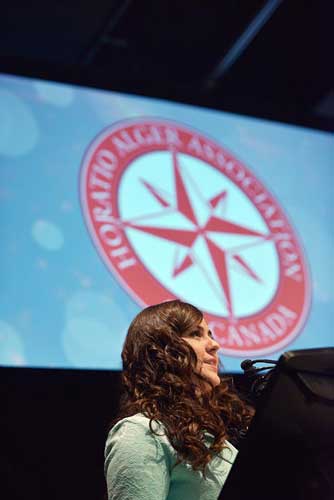 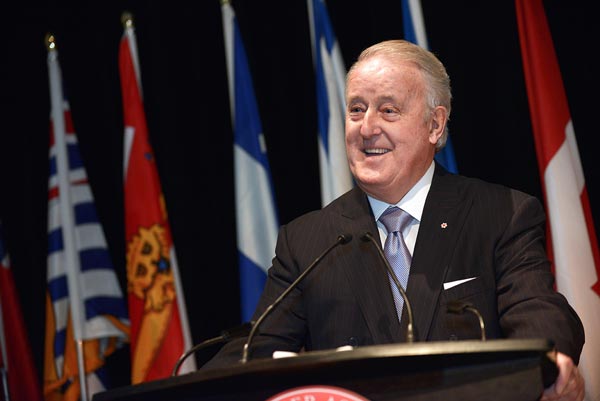 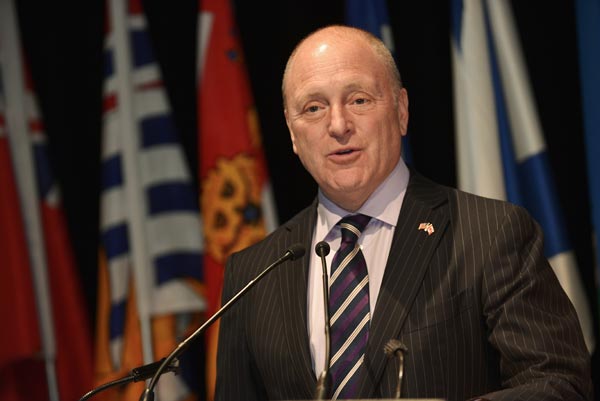 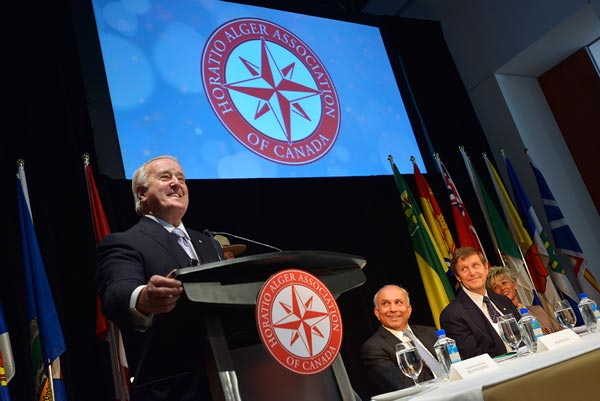 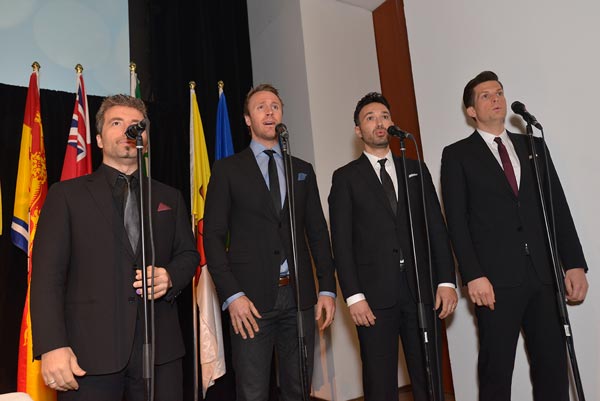 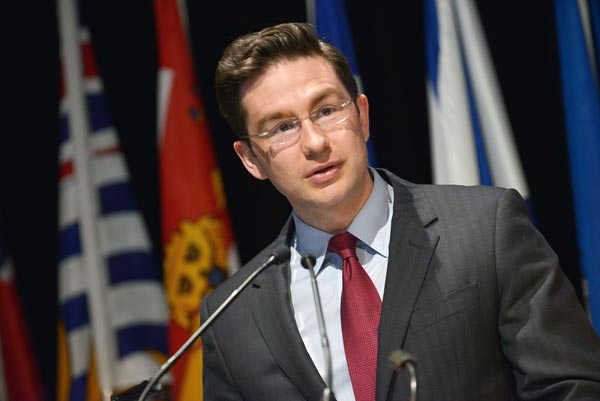 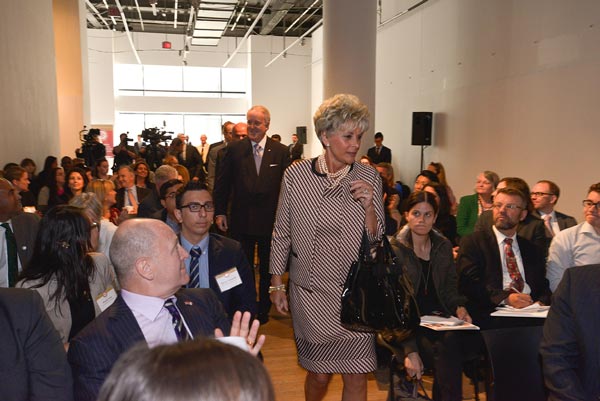 The national expansion of the Horatio Alger Canadian Scholarship Program was announced during a press conference and luncheon on May 19, 2015, at the Design Exchange in Toronto. The event was hosted by The Right Honourable Brian Mulroney, Vice President of the Horatio Alger Association of Canada. Other Horatio Alger Members in attendance included Prem Watsa, Association President, and his fellow Board Members Rebecca MacDonald and Rick Waugh, and Isadore Sharp.

Guest speakers included Pierre Poilievre, Canada’s Minister of Employment and Social Development, and Bruce Heyman, United States Ambassador to Canada. Solomiya Salo, a third-year Ryerson University student, who won the Horatio Alger Ontario Scholarship in 2012, also spoke about her adversity and the positive impact the Association has had in her life and academic career.

Other dignitaries present for the announcement of the $10-million endowment for the national expansion of the Horatio Alger Canadian Scholarship Program included astronaut Chris Hadfield, Toronto Mayor John Tory, and Juno-award winning quartet The Tenors who serve as Horatio Alger Envoys.